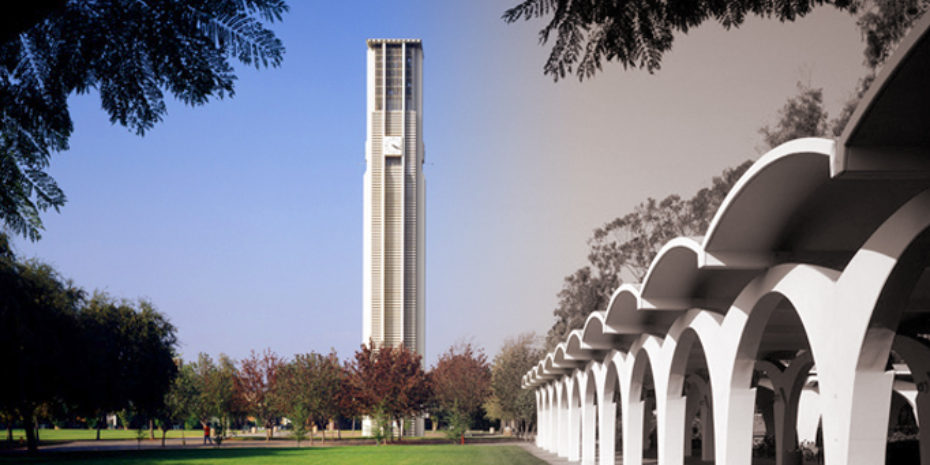 The City of Riverside serves as the unofficial capital of the Inland Empire. Founded in 1870 and incorporated in 1883, Riverside has long been the Inland Empire’s most populous city, the seat of government for Riverside County, and a major supplier of jobs for the region.

Riverside is also the Inland Empire’s largest center of higher education. It is home to several colleges and universities, including the region’s University of California campus.  U.C. Riverside is the city’s largest economic and cultural asset—a research and teaching center with nearly 20,000 students and a large, highly-educated faculty and staff. UCR will soon provide the city another major asset when it opens a new medical school in 2012—the first new public medical school in California in over forty years.  In many ways, the region’s future is tied to the fate of this important city.

Riverside is led by Mayor Ronald Loveridge, a UCR political science professor who first won election to the city council in 1979 and rose to the office of mayor in 1994. During Loveridge’s tenure, Riverside has pursued an ambitious plan to distinguish itself from its regional neighbors. Most notably, the city launched a program called “Riverside Renaissance”—a massive $1.57 billion, 5-year investment in public works, utilities, parks, libraries, and other projects. In his 2010 State of the City address, Mayor Loveridge asserted that “we are on track to complete more [infrastructure] projects in five years than were completed over the last 30.  I know of no city in California, or elsewhere, with such an ambitious ‘bricks and mortar’ program.”

In addition, city leaders have sought to establish Riverside as the region’s center for arts and culture. As part of its capital investment program, the city recently completed a $32 million restoration of Riverside’s historic Fox Theater, now a 1,600-seat Center for the Performing Arts in the heart of the city’s downtown district. While some have criticized the city’s large expenditure on this project, Loveridge has defended it as “Riverside’s signature statement as a City of Arts and Innovation. It is our commitment to artistic excellence and audience enjoyment, for the City, the Inland Empire, and all of Southern California.”

Riverside has also won recognition for its innovative environmental policies. The California Department of Conservation has named Riverside as the state’s first “Emerald City”—a distinction based on Riverside’s commitment to environmental sustainability. To win this recognition, Riverside has committed to pursue specific goals in areas including renewable energy sources, waste management, land use, construction, and transportation. While other California cities such as Santa Monica and Berkeley have pursued environmentally-friendly policies, Riverside stands out as a green city in a red region.

At the same time, the Riverside has sought to position itself as the region’s technological leader. The city has launched the SmartRiverside program, which seeks to attract tech-sector businesses and improve residents’ access to computers and the internet.   Through one initiative, the city has worked to close the “digital divide” by soliciting donations of used computers, refurbishing them, and providing them free of charge to low-income families. Riverside also has been a pioneer in establishing a free wi-fi network that provides internet access to most areas of the city. In recognition of these and related projects, Riverside has been selected as one of 21 cities around the world to receive the Smart21 Communities Award.

Riverside launched much of this ambitious agenda during the recent economic boom, when rising tax revenues filled the city’s coffers with plentiful resources. More recently, Riverside has been hit hard by Inland Empire’s economic bust—the horrific combination of home foreclosures, business failures, and job losses. As a consequence of the recession, the city’s official unemployment rate has neared 15 percent, and property values in the county as a whole have dropped 10.5 percent—the largest decline in county history.

Under this revenue structure, the local real estate market greatly affects the city’s income stream. When the recession shocked real estate prices, reductions in property values resulted in lower property tax revenues. High unemployment rates compounded the problem, as declines in disposable income reduced consumer spending, which in turn reduced the flow of sales and use taxes to the city.

California’s severe state budget crisis only made things worse. To patch massive holes in the state budget, the legislature has reduced the funds it normally allocates to local governments. In 2008-2009, for example, the city of Riverside relied on the state to provide 9 percent of its budget revenue. After Sacramento’s 2009 cuts, the Riverside city budget showed that the amount was cut by nearly 5 percent.

Overall, in 2009-2010, the city of Riverside lost over $17 million in general fund revenue. This sharp decline made it impossible for the city to avoid cuts in services.

Last year, the city council made many hard budget choices. It cut allocations to the Riverside Public Library by 19.86 percent; to Parks, Recreation, and Community Services Department by 15.11 percent; to general government by 10.43 percent; and to the police department by 4.56 percent. As part of the reductions, the city eliminated over 16 net full time equivalent positions, and limited authorizations for additional staffing.

Yet, in an interview with Inland Empire Outlook, City Manager Brad Hudson asserted that Riverside has been able to minimize cutbacks and even expand some investments in quality of life thanks to smart fiscal planning and management. He noted that Riverside was able to draw on its budget reserves and tap into revenues from other sources.

Over the years, Riverside has been disciplined in setting aside some of its current general fund budget as a reserve to be used in times of fiscal crisis. In the current fiscal year, the city was able to use over $2 million of its cash on hand to supplement the general fund and buffer against the decline in other sources of revenue.

The city also shifted revenue from profitable sources using interfund transfers, or transfers from one city fund to another city fund. Most importantly, the city reallocated income from Riverside Public Utilities, which has seen increasing revenues in recent years. Riverside Public Utilities has been able to maintain steady returns by providing competitive rates to residential customers and discounted commercial rates to large power users. Earnings from Riverside Public Utilities traditionally feed into the city’s electric and water funds. Last year, however, thanks to fund surpluses, the city was able to move $32.5 million in utility revenues to the general fund.

These moves have allowed Riverside to avoid the draconian cuts now facing many other cities in the state and, at least in the short term, to make ongoing investments in environmental policies, technology, and the arts despite the economic downturn. Riverside hopes that by sticking to its strategy of building a green, high-tech metropolis with a range of cultural amenities, it will attract new businesses, generate jobs, and emerge from the recession more securely positioned as the Inland Empire’s leading city.