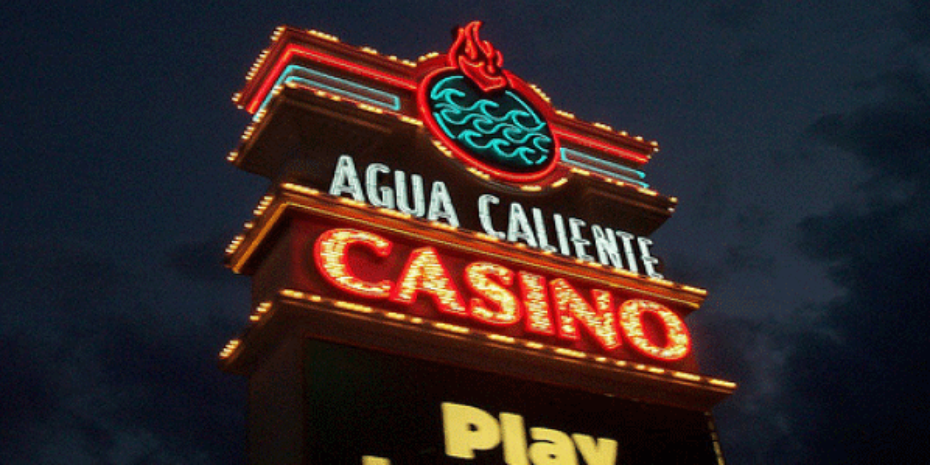 Through development of casinos and other businesses, these tribes have contributed to the economy of the Coachella Valley. But the gaming industry has been hit by the current economic downturn. In 2008, revenues from tribal casinos in California were $7.3 billion, a 6 percent drop from 2007. Inland Empire Outlook met with Tom Davis, the Chief Planning and Development Officer for the Agua Caliente tribe, to discuss how the recession has affected its enterprises.

The Agua Caliente Band of Cahuilla Indians is a Palm Springs-based tribe with approximately 400 members and land covering 31,500 acres. The tribe launched its gaming business in 1995 when it opened its first casino in a tent in Palm Springs. Over the past 15 years, Agua Caliente’s business operations have rapidly expanded to include two casinos, two hotels, a golf course, and a concert center. The Agua Caliente Casino in Rancho Mirage is a large operation, with over 45,000 square feet of gambling space, a 16-story hotel, and the convert venue called The Show. The tribe’s other casino, the Spa Resort Casino, is located in downtown Palm Springs.

After more than a decade of rapid expansion, Agua Caliente, like other casino operators, is facing an uncertain period: fewer people are going to casinos, and those who do are spending less money. This softening demand is making it difficult for casinos to expand. Although Agua Caliente has the option to open a third casino or to renovate and further expand the existing Agua Caliente Casino, the tribe is currently not moving forward with either plan.

Agua Caliente and other casinos close to Los Angeles have not been hit as hard as those in Las Vegas or the fringe casinos in Reno. According to Mr. Davis, Agua Caliente has benefited from its unique market position as a destination resort that is an affordable option for Los Angeles residents. Coachella Valley casinos offer a comparable experience to a Las Vegas casino, but since they are closer to Los Angeles, they are a less expensive to travel to and are able to draw customers in the current economy.

In the longer term, Agua Caliente’s casinos also stand to benefit from several new expansion projects, including the I-10 Bob Hope Drive/Ramon Road interchange construction project in Palm Springs. This project is estimated to cost around $35 million. The federal government is covering the majority of the construction costs through the American Recovery and Reinvestment Act of 2009. The new interchange will help decrease traffic congestion and thus help increase the revenue stream that the I-10 provides into the area. Agua Caliente is also investigating initial plans to build an open-air retail center on the west side of the I-10 Bob Hope Drive interchange.

By diversifying into other industries and engaging in new construction projects, tribes hope to minimize the impact of diminished casino revenues. Mr. Davis believes that diversification will be important for long-term sustainability for the Agua Caliente. “We have only been diversifying for about 10-15 years. Because of this, our investments were not enough to insulate us greatly from this economic downturn,” said Mr. Davis, “but as our current projects are further developed and grow to their full potential, they will be able to act as a buffer against a bad economy in the future.”

The tribe has already started diversifying in several ways: it owns leases on over 570 residential properties, two golf courses, and various other non-gaming related real estate. The tribe is dedicated to further diversification, particularly in the area of green technology, including wind power and industrial research. Agua Caliente is also in the process of developing more residential properties, the biggest of which is the construction of 100 town homes in the Village Traditions neighborhood. So far, the tribe has finished the first stage of construction with most of the completed units already sold. In addition, the tribe is hoping to develop homes in the Alexander Village Development, which aims to reproduce classic Hollywood homes from the 1950s and 1960s within a 21-acre community.

According to Mr. Davis, sustainable growth through diversification reflects the tribal “seven generations” principle by which current leaders keep future generations in mind.