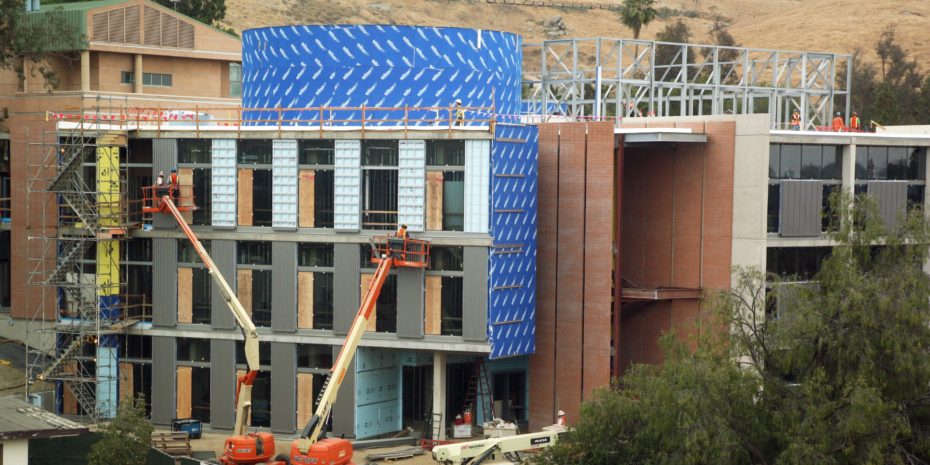 In 2008, the University of California Regents announced plans to establish a new medical school in the Inland Empire on the U.C. Riverside campus. With capital costs expected to exceed $500 million, the new medical school is an expensive venture for a cash-strapped state. But, despite severe funding challenges, the school has hired key personnel, begun construction, and moved forward with plans to welcome its first class in fall 2012. When it opens, the new institution will be the first public medical school in California in over four decades, joining U.C. San Francisco, U.C. Davis, U.C. Los Angeles, U.C. Irvine, and U.C. San Diego. The UCR medical school and related facilities promise to address one of the Inland Empire’s most pressing needs—access to quality health care—while also providing a range of economic benefits to the region.

At present, Riverside and San Bernardino Counties lag behind the rest of California in several important indicators of health care services. Most notably, the region suffers from a shortage of physicians. According to several studies, the Inland Empire has the lowest per capita number of primary care physicians and specialist physicians of any region in California.   This physician shortage forces many Inland Empire residents to travel to neighboring regions, especially Los Angeles County, to access health care. Other residents are treated by non-physicians, such as nurse practitioners. Riverside County Supervisor Bob Buster, an advocate of the new medical school, is concerned by the physician shortage and notes that the Inland region especially needs “generalists to provide community-wide preventative care.”

Without the new medical school, the region’s physician shortage would likely become even more acute. According to a 2007 RAND study, the Inland Empire will need about 9,000 new physicians by 2030 to meet rising demand. Moreover, the recent passage of federal health care reform has increased the anticipated demand for physicians by expanding the number of people with health care coverage.

While one might expect the region’s shortage of physicians to correct itself through normal market forces, the solution is not that simple, in part because physicians face significant barriers to entry in any given geographic area. Doctors must build connections with their communities, establish reputations, and develop sources of referrals over long periods of time, and thus have difficulty relocating to a new region. It is noteworthy that, according to RAND, 40 percent of graduating doctors remain in the immediate region surrounding their medical school. At present, Loma Linda University School of Medicine in San Bernardino County is the region’s only medical school, and it does not produce enough physicians to meet the region’s demand.

The new U.C. Riverside School of Medicine promises to help alleviate this shortage by bringing a steady infusion of new physicians into the Inland Empire. The school will open with approximately 50 students in its inaugural class, eventually increasing to classes of 100 students or more, for a total student body of 400 students. In time, the school also expects to host 160 post-graduate residents. A large number of these new physicians are expected to establish medical practices in the region.

Medical schools provide direct economic impact through institutional spending, employee spending, and spending by out-of-area visitors to the facility, among other factors. In addition, through multiplier effects, medical schools bring indirect economic benefits to the community. Crucially for the Inland Empire, medical schools generate jobs. Projections for a medical school in Eastern Washington State indicate that it would create more than 13,000 jobs over the course of 20 years in various sectors, including construction, services, health care, and the research sector. The U.C. Riverside Medical School promises to bring similar benefits to the Inland Empire.

Maximizing the economic benefits of the new medical school will require a strong local hospital infrastructure, research support from U.C. Riverside and other local institutions, and investment in health care-related start-ups. Riverside Supervisor Buster observed that “this is going to take a lot of cooperation between the county, the physicians’ association, the other hospitals, and the leaders in the community, so we can make this a self-reinforcing system.”

Ideally, the UCR School of Medicine will foster the formation of a high-tech research cluster in the Inland Empire. Other regions have found that training of researchers and high-end specialists promotes the establishment of research clusters. Clusters of this type have already formed around medical schools in Los Angeles and the Bay Area.  In light of this competition, Riverside may need to make broad medical research a secondary priority, and focus on a few specialized areas where the university already has strong complementary research, or where Riverside is positioned to be a leader, such as air quality research.

More broadly, the U.C. Riverside School of Medicine will create a variety of opportunities for the local workforce, ranging from construction work to the large numbers of administrative and nursing staff needed to support the medical facilities. The growth of a research cluster will also bring an influx of highly educated, high earning researchers, further boosting the local economy.

To open its doors, the medical school must secure start-up resources during difficult economic times. U.C. Riverside has been forced to pursue a mix of federal, state, and local government funds, as well as private gifts for the new venture. Last year, the school received $4 million in federal money through an appropriation sponsored by Inland Empire representatives Ken Calvert, Joe Baca, Jerry Lewis, and Mary Bono Mack, and United States Senator Dianne Feinstein. More recently, Senator Barbara Boxer has requested an appropriation of at least $1 million in federal funding to help purchase new state-of-the-art medical equipment. This year, the school also requested a minimum appropriation of $10 million in state funding, but that appropriation has been tied up in the state’s long budget impasse. Meanwhile, Riverside County has planned to help fund construction. County Supervisor Buster has advocated local government support for the start-up, calling the new medical school “the most potentially transformational institution that we have seen in Riverside County in a long time. We need to do all we can to support this.”

In addition to government funding, U.C. Riverside is soliciting donations from private donors, but those sources sometimes present their own challenges. For example, Kaiser Permanente has pledged $10 million, but only if matching funds can be secured.

If UCR can overcome these funding difficulties, the new medical school promises many benefits for the Inland Empire. It will help the region’s health care system catch up with the demands of the growing population and bring advanced medical care to an area that lags behind the rest of the state. Equally important, this new institution will help bring new investment dollars, jobs, and economic vitality to a region that urgently needs them.