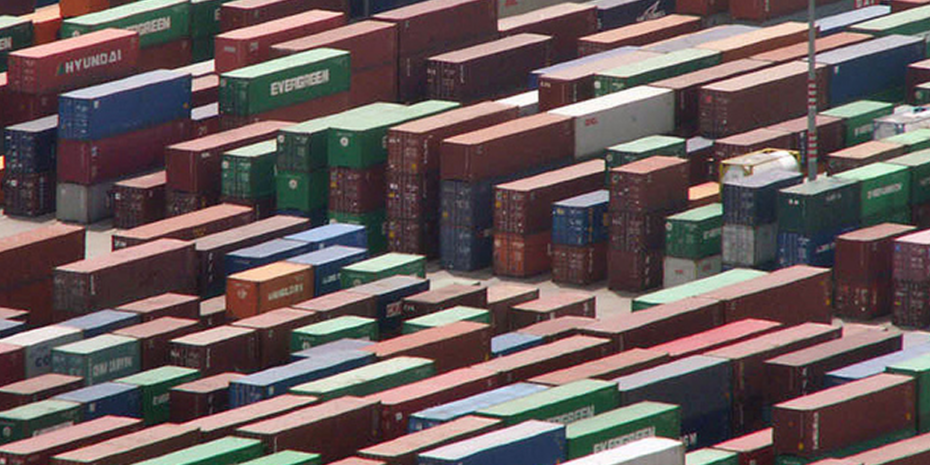 One way the Inland Empire can work to emerge from the severe regional recession is to develop a stronger export economy. Exports, along with consumption, investment, and government expenditures, are the four basic components of real Gross Domestic Product (GDP), a key measure of economic vitality in a nation, state, or region. If the Inland Empire’s GDP is going to grow, exports are essential because the other components of GDP—consumption, investment, and government spending—are unlikely to produce a strong recovery in the Inland Empire in the near term.

For many years, consumption has driven the Inland Empire economy. However, the local housing market crash and high unemployment rates have prevented consumer spending from rebounding.  Although housing values have begun to recover from their low in April 2009, the Case-Shiller Index of housing prices for the Los Angeles metro area has only reached 2002 levels. Meanwhile, the Inland Empire’s seasonally unadjusted unemployment rate reached new high in July 2010. Without income growth or loan-financed increases in consumer spending, it is unlikely that consumption can generate recovery in the region for quite some time.

Investment is also unlikely to fuel growth in the near term. The three major categories of investment (residential, plant and equipment, and inventory) are all stagnant. Clearly, the collapse of the housing market will severely limit residential investment in the region. At the national level, inventory investment has made up the majority of GDP growth since the end of the Great Recession in June 2009, but this growth cannot be sustained unless firms are able to deliver significant increases in sales. That leaves investment in plant and equipment as a potential driving force. However, in the wake of the credit crunch following the financial meltdown of September 2008, banks have only reluctantly loaned to firms, especially small businesses. This is a serious problem because small business growth has led the recovery of the American economy after previous downturns. In addition, lack of consumer demand limits investment growth. Historically, increases in demand following a downturn have inspired businesses to expand their capacity; however resurgence in consumer demand seems unlikely due to low consumer income and continued high unemployment. With no expectation of higher future demand or easier availability of credit, businesses will continue to limit their investments. For these reasons, investment will not drive GDP growth in the region, unless there is a national expansion, or at least substantial output and income growth in the Greater Los Angeles area.

Finally, government spending has obvious limits as an engine of new growth. Mounting concerns over debt have constrained the ability of both state and federal governments to use spending to stimulate the economy. While there is some talk about a second federal stimulus package involving infrastructure spending and expanded business tax cuts, passage of such a program is highly uncertain. Indeed, few in the nation’s capital dare to use the “S-Word.” The Inland Empire economy cannot expect much help from new government spending.

Exports, then, will have to help the Inland Empire emerge from the recession. Fortunately, boosting exports is a high priority for San Bernardino and Riverside County governments. Riverside County Board of Supervisor Chairman Marion Ashley believes that matching President Obama’s National Export Initiative goal of doubling exports in the next five years is ambitious, yet doable. His optimism derives from his belief that the area is “lean and mean” and ready to work.

In recent years, the Inland Empire has improved its export performance. According to a study by the Brookings Institution, the region now ranks 24th in the nation in export-supported jobs, and its export-related jobs are expanding at 11.5 percent per year, a much higher rate than the 8.7 percent average for the 100 largest metro areas.

In addition, the continuing weakness of the United States dollar gives the Inland Empire’s primary trading partners incentives to look to the area for some of their manufacturing needs. According to the International Trade Association, the Inland Empire’s top five export categories are all manufactured commodities. Transportation equipment, which includes all components made for transportation save motor vehicle parts, looks especially promising, given that the sector doubled in size between 2006 and 2008. The Inland Empire can also assume sustained Chinese demand for airplane parts will further support export growth.

Figure 2 depicts the top five trading partners for the area, which receive a little over half of all Inland Empire exports. As seen in Figure 2, the region’s chief trading partners are in North America and East Asia, both of which appear to be recovering from the Great Recession more rapidly than other parts of the world. 45 percent of the Inland Empire’s exports go to those two parts of the world, and their improving economic health provides opportunities for Inland Empire firms.

The future of the Inland Empire’s economy also depends on foreign direct investment. Foreign investment generates new economic activity, including in the manufacturing and export sectors. Several foreign firms are increasing their presence in the region, including the British supermarket giant Tesco, which owns the Fresh and Easy chain, and the Canadian-owned American Medical Response ambulance service.

In one innovative move, the County of Riverside is collaborating with Japan to commission a study on the effects of foreign direct investment in the county. The Riverside Press-Enterprise, the Riverside Chamber of Commerce, the Coachella Valley Economic Partnership, and U.C. Riverside are also contributing to this partnership. According to Tom Freeman, Commissioner of the Riverside County Economic Development Agency’s Office of Foreign Trade, the county’s Board of Supervisors, and the Economic Development Agency believe that the study will generate more contact between the Inland Empire, especially the manufacturing and agriculture sectors, and foreign firms. Already on the table is an agreement with Jiangsu, the second-most prosperous province in China, to export table grapes and navel oranges. Another agreement, signed with Croatia, seeks to foster bilateral trade and tourism between the two parties.

East Asian firms are boosting their presence in the region, as well. Jusung Corporation, based in South Korea, is an example of such a firm. Jusung manufactures television parts for LG and is interested in establishing a solar energy presence in Riverside County. Other Asian businesses are also seeking to become players in the region’s solar energy market. Chinese, South Korean, and Japanese firms are vying for control of the Diamond Valley Reservoir solar energy project. Wind energy is also on the rise in Riverside County, which should see benefits from rising demand for renewable energy sources. According to a joint study by U.C. Berkeley and the United States Economic Development Administration, San Bernardino and Riverside Counties represent a disproportionately high number of California’s green start-ups and small businesses, or ‘gazelles,’ due to their plentiful solar, wind, and geothermal resources.

These expanding relationships with foreign firms are beneficial in themselves, and should also help the region develop its export economy.

In the end, foreign trade cannot be the sole driver of the Inland Empire’s economic recovery, because it represents only a small part of the region’s overall economy. But if the region is to flourish in the future, its export economy will have to continue to grow.