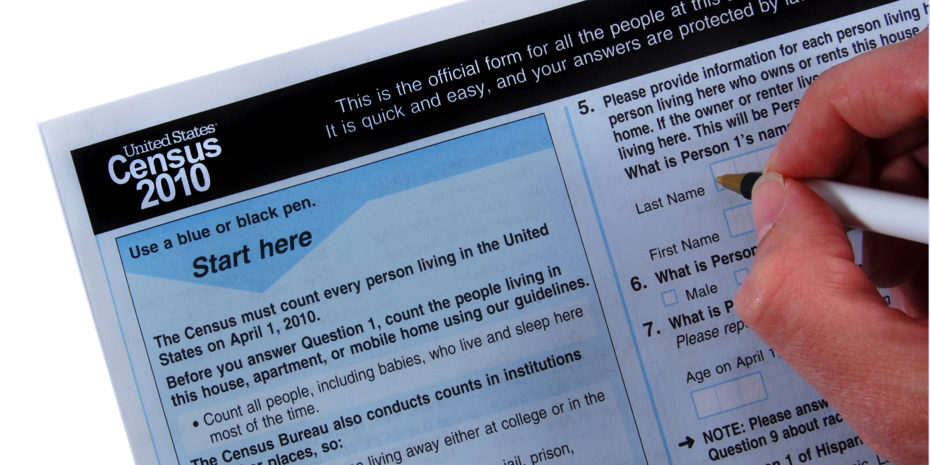 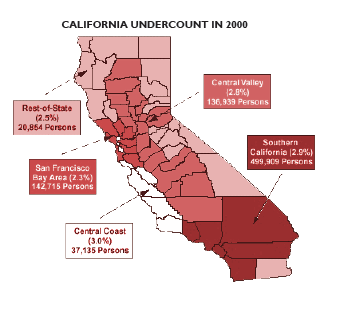 Obtaining an accurate Census count is a challenging task. Doing so is extremely important, however, both for the reapportionment of Congressional seats and allocation of federal funds. The U.S. Census Monitoring Board estimates that the 2000 Census missed 18,012 people in Riverside County and 22,941 in San Bernardino County, resulting in undercount rates of 1.15% and 1.32% respectively. While these numbers may seem small and relatively insignificant, they have cost the region both funding and legislative representation.

The 2010 Census undercount is likely to be even more extreme, according to a survey conducted by the Pew Charitable Trusts and the Philadelphia Research Initiative in October 2009. The Pew report notes that all of the cities in its study had set aside less money and fewer staffers for the 2010 Census preparation than they had in 2000. Without the outreach programs normally organized by cities, fewer people will turn in their mail-in questionnaires, causing response percentages to decline and undercounting to rise. The cash-strapped California state government has also cut back on funding for the Census. This reduction, however, will be offset at least in part by a recent grant of four million dollars from the California Endowment to fund awareness campaigns in areas considered hard to count, including both San Bernardino and Riverside Counties.

The huge rise in home foreclosures means many people will have no permanent address, making them difficult to count. This could prove especially problematic in the Inland Empire, which between July and September of 2009 had the second highest foreclosure rate in the state and the sixth highest in the country, with one in twenty-eight homes in some stage of foreclosure.

The undercount in the 2010 Census may be higher in San Bernardino and Riverside Counties than it is in most other counties in the state. The Census Monitoring Board has released a list of the fifty counties in the nation that it believes will be the hardest to count. Ten are in California, including the number one ranked Los Angeles County. San Bernardino County is ranked fifteenth in the country and fourth in the state, and Riverside County is ranked sixth in the state. The list is calculated based on an estimate of how many hard-to-count people reside in the county. Groups classified as hard-to-count are those considered least likely to return their census questionnaires and include groups such as minorities, the poor residents of large urban centers, people in isolated rural areas, youth and single parent households, among others. Accordingly, much of the Inland Empire is considered “hard-to-count.”

The consequences of undercounting are serious. Many federal grant programs including medical assistance, unemployment insurance, Head Start, and the National School Lunch Program distribute money partly based on the Census’s population estimates. In Fiscal Year 2007 alone, almost $450 billion in federal funds were distributed based on the 2000 Census calculations. Even when the undercount is less than half a percent, the amount of lost money in state and county income can be enormous. The Census Monitoring Board estimates that between 2002 and 2012, Riverside County will lose out on a total of more than twenty-five million dollars in federal funding and San Bernardino will lose out on more than fifty million dollars, both as a result of undercounting in the 2000 Census. California as whole will lose a total of almost $1.5 billion dollars over the decade. According to the Brookings Institute, the state will lose around $11,500 in federal funding over the next ten years for each person not counted by the 2010 Census.

In addition, an undercount could cause a state to lose national representatives or a county to lose power in its state delegation. While it may seem as though it would take a massive undercount to affect the distribution of Congressional seats, this is not so. According to Ditas Katague, California’s Director of the 2010 Census, very small undercounts of only a few dozen people could possibly shift House seats from one state to another. In the coming reapportionment process, she believes that the seat Oregon stands to gain could be lost by a margin of only two people and that California could lose one of its seats, a first in the history of the state, by only eighteen people to either North Carolina or Minnesota. These extremely close numbers make clear the immense importance of counting as many people as possible.