Once a community establishes a redevelopment project area, property tax revenue allocated to local government bodies is frozen at its current level, known as the frozen base. If the value of the property increases due to improvements to the redevelopment area or any other factor, than the amount of property tax revenue also increases. The amount of the increase above the frozen base is called the tax increment.

In many cases the use of redevelopment agencies has provided substantial benefits. For example, Riverside embarked on a housing redevelopment project in the city’s University neighborhood by renovating a 64-unit building rife with health and safety violations. Today, the Topaz and Turquoise housing complex has been substantially rehabilitated and is now a vibrant asset to the city, providing affordable housing for low-and moderate-income families. On the other hand, redevelopment agencies have also come under attack for subsidizing projects that would not ordinarily be considered “blight.” State Controller John Chiang’s audit of eighteen agencies found that Palm Desert’s redevelopment agency proposed to eliminate so-called blight by spending nearly $17 million on refurbishing a municipal golf club.

Establishing a redevelopment area is one of the easiest ways for local governments to raise significant money. This is because they are not constrained by some of the key accountability and transparency elements required of other local government bodies. Specifically, redevelopment agencies can incur debt without voter approval and redirect property tax revenues from schools and other agencies without voter approval or consent of the other agencies.

Tax increment revenues in California totaled $5.7 billion in 2008-09. Over the last three decades, redevelopment agencies’ share of total statewide property taxes has increased to 12 percent. In some counties, nearly 25 percent of all property tax revenue collected goes to a redevelopment agency rather than schools, community colleges, and other local agencies.

The current law allocates 20 percent of tax increment revenue to low- and moderate-income housing. Another 22 percent (on average) passes through to local governments and is distributed among counties, K-14 schools, special districts and cities. The remaining 58 percent of tax increment revenue is available for redevelopment activities. Controller Chiang’s office found significant flaws with the state’s redevelopment agencies. These include inaccurate audits, substandard reporting procedures and inappropriate use of housing funds. Supporters of redevelopment agencies argue that they reduce unemployment and promote long-term economic prosperity. However, the Legislative Analyst’s Office notes that there are no objective or standard performance measures to gauge whether these agencies do, in fact, promote job growth or generate significant economic returns to the taxpayers.

Under Governor Brown’s proposal, a local successor agency, most likely the city or county that originally authorized the redevelopment agency, would be responsible for managing the existing contractual obligations and paying the agency’s debts. Tax increment revenue would first go to the successor agency to retire the redevelopment agency debt and then to fund other local government services.

The Governor’s proposal assumes tax increment revenues of $5.2 billion in 2011-12. It allocates $2.2 billion to successor agencies to pay down redevelopment debt. It maintains the local pass through at $1.1 billion, approximately 21 percent, and adds another $210 million to local governments. However, the proposal also contains a one-time $1.7 billion dollar payment to the state in 2011-12 to fund trial courts and Medi-Cal. After the first year, any property tax revenues remaining after the successor agencies pay redevelopment debt would be distributed to other local governments in the county.

Brown objects that these changes will save the state approximately $1.7 billion—the amount of the one-time payment to the state—during the next fiscal year. The governor argues that California’s enormous deficit makes it no longer feasible to subsidize the work of redevelopment agencies.

Supporters of redevelopment agencies, however, fear that their elimination would be devastating to the California economy for a number of reasons. First, they argue that the eradication of these agencies will kill jobs and shift much of the fiscal burden on cities themselves. At a time when the state faces a high unemployment rate, they argue that the redevelopment agencies provide much needed employment. They also point to the use of redevelopment to improve many areas of the state through the revitalization of public infrastructure and commercial development, such as Riverside’s Topaz and Turquoise housing complex.

Further, because 20 percent of tax increment revenue must go to low- and moderate-income housing, redevelopment funds have been a significant source of revenue to local housing districts. It has been noted, however, that state audits and oversight reports have concluded that a significant number of redevelopment agencies take actions that reduce their housing program productivity, such as maintaining large balances of unspent housing funds, using most of their housing funds for planning and administrative costs, and spending housing funds to acquire land for housing but not on actual building.

The League of California Cities is also critical of the Governor’s plan, saying that it violates Proposition 22, which prohibits the state from reaching into local government funds. The League argues that the first year allocation of $1.7 billion to the state flies in the face of the 61 percent of California voters who passed Proposition 22 last November. 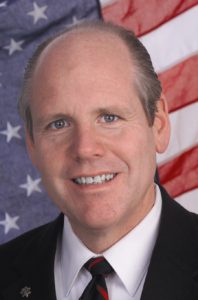 Riverside County Supervisor John Benoit is a leading local advocate of redevelopment agencies and argues that they have helped revitalize economically depressed communities. “We have absolutely been able to use redevelopment agencies to ameliorate the unemployment problems. We have used RDA money to put 8,700 people back to work in Riverside County, particularly construction workers who were previously out of work,” Benoit said.

Benoit fears that if redevelopment agencies in Riverside and the Inland Empire are eliminated, it may require years to adapt to the change. “We’ve clearly made some dramatic improvements using RDAs; it’s a source of pride for us in Riverside, but it’s also in danger. The projects that have been completed have created long-term economic development so significant that it makes it hard to argue about the benefits of RDAs.”

Perhaps the biggest impact that redevelopment authority spending has had in Riverside is Mecca, a community of 5,000 Hispanic farm workers. A small area in Riverside County that had previously been severely impoverished, underdeveloped, and with over 40 percent of the population under the poverty line, Mecca used $50 million dollars of redevelopment money to vastly improve the lives of its inhabitants.

“There has been impressive work being done by the redevelopment agency in Mecca,” Benoit says. “Redevelopment has been used to build a medical clinic, library, sheriff’s station and a lot more that never would have been possible without RDAs.”

A recent proposal put forth by Los Angeles Mayor Antonio Villaraigosa, suggests that the agencies could help the state borrow money in order to alleviate the budget deficit. The proposal calls for allowing the agencies to divert approximately $200 million a year to the state for 25 years, thereby allowing the state to finance a $1.7 billion loan to help reduce the deficit. In addition, the proposal would ask redevelopment agencies to divert more tax funds to pay for local services with $50 million going to schools annually.

Governor Brown’s proposed budget also targets enterprise zones—another popular local government program. Currently, there are forty-two enterprise zones throughout the state that offer special tax breaks and other incentives to businesses in designated areas to encourage economic development and growth. The tax benefits provided for most of these areas include a hiring credit, a credit for sales tax paid, a credit for employees who earn wages within the area, and a deduction for interest received from businesses in the area. The governor estimates that his proposal to eliminate all enterprise zone tax incentives will generate an estimated $343 million in 2010-2011 and $581 million in 2011-12 in additional tax revenues.

The enterprise zone program has grown remarkably since the legislature enacted it in 1984.The program started in 1986 with ten zones and expanded to forty-two by 2008. The average cost per zone increased from $48,000 to $11.1 million. The California Budget Project puts the cost of enterprise zone tax credits and deductions at $465.5 million in 2008, up from $657,000 in 1986. The hiring tax credit accounts for 58.7 percent of this cost, $273.5 million in 2008. Yet because the hiring credit is granted for new hires, rather than new jobs, companies can claim it without creating any new jobs. Critics argue that this rewards companies with high turnover rates more than those that create steady employment.

Governor Brown’s proposal sparked an outcry from local officials, legislators, and business leaders who have come to rely on enterprise zones as a tool for economic development. Californians for Jobs and Safe Communities is a coalition of local government bodies, statewide trade and industry groups, local and regional chambers of commerce, and businesses. It argues that eliminating enterprise zones is a tax increase on the more than 10,000 businesses in California currently benefiting each year and it strongly opposes such a move.

Assembly Member Manuel Perez’s Coachella Valley district is home to four enterprise zones. Perez acknowledges that there are problems with the program, but believes that the solution is to reform it, not to eliminate it completely. Perez has an alternative plan, the 2011 Enterprise Zone Reform Package, which would reform the program in several ways. Most notably his plan would phase out the 5-year hiring credit, replacing it with a 3-year credit. The new hiring credit would reward employee retention by increasing the amount of credit each year. It also would offer more accountability by designating “poor performing zones” for zones that have not demonstrated progress and tracks how local resources are spent on zone activities. The Perez proposal would check the unlimited expansion of zones and require enterprise zones to follow census tract boundaries. It also would raise the reporting requirements for claiming the hiring credit and limits the carryover of excess tax credits to 15 years.

Perez strongly supports these reforms because, under current laws, low-income populations in rural areas are treated differently than those in cities. “Too often, rural areas are not invited to the table and we tend to lose out to urban areas with regards to resources,” Perez asserts. He contends that the perception that the program is a wasteful form of corporate welfare is inaccurate, citing data to demonstrate that enterprise zones have improved economic conditions in Indio.

Perez knows that accountability will be an important issue. “Another element of my reform legislation includes implementing measurements of success that over the course of time, will show numbers grow steadily in terms of variables such as how many jobs are being created in enterprise zones and how many people are getting off social welfare.”

Defenders of enterprise zones also argue that eliminating them would be unconstitutional. Marty Dakessian represents the Communities to Save Enterprise Zones coalition and strongly opposes Governor Brown’s proposal. “Governor Brown’s proposal violates agreements involving the state, local governments, and businesses lured to the zones by hiring tax credits, operating loss deductions, and other invectives.” He argues that repeal of the enterprise zone program violates the contracts and due process clauses of the United States Constitution and the contracts clause of the California Constitution.

Governor Brown’s proposal to eliminate redevelopment agencies and enterprise zones has sparked serious debate throughout the state. Inland Empire officials have come to rely on both as valuable economic development tools. They vow to fight both proposals.