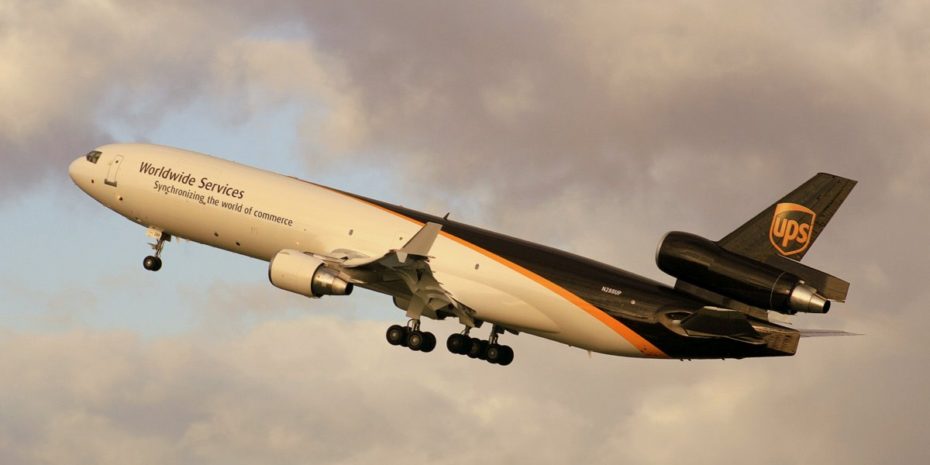 Ontario International Airport is the fifteenth busiest cargo airport in the United States. It is home to the UPS Western Region hub, encompassing 13 states, for both air and trucking operations. In addition to serving intra-regional traffic, the ONT hub also links to UPS’s global hub in Louisville, Kentucky. UPS has been using ONT as a cargo gateway for flights to and from China since 2001. FedEx, the world’s largest airfreight express carrier and North America’s second largest trucking company, is also a tenant at ONT. These two carriers handle almost all of the freight at the airport. UPS is responsible for 72.5% and Federal Express for 24.6%.

ONT is the central component of a booming logistics industry in the Inland Empire. The airport is situated with excellent proximity to the intersection of three major arteries of Southern California’s freeway system: Interstate 10 from Los Angeles to Phoenix, Interstate 15 connecting San Diego to Las Vegas, and State Route 60. It also has access major rail lines, including the Burlington Northern Santa Fe Railway and the Union Pacific Railway. Together the freeways and the railroads form critical arteries to the ports of Los Angeles and Long Beach, the two busiest ports in America.

John Andrews, Economic Development Director for the City of Ontario, noted to the Rose Institute that there is also a significant amount of land available to develop at the airport. “Of the total 1,600 acres at Ontario International Airport, there are approximately 500-600 acres of land development opportunities within the facility boundary. The goal of the OIAA is to seek out the highest and best use of runway access opportunities combined with supporting development which doesn’t require runway or gate access at the perimeter of the airport and which is compatible with existing development in the eastern portion of the city.”

The logistics sector is generally defined to include inbound and outbound transportation management, fleet management, warehousing, materials handling, order fulfillment, logistics network design, inventory management, supply and demand planning, third-party logistics management, and other support services. Logistics services are involved at all levels in the planning and execution of the movement of goods. For the Inland Empire, growth within the logistics sector results in jobs not only at the airport, but also at every step of the way as cargo is transported east and dispersed throughout Southern California. In an interview with the Rose Institute, Claremont Graduate University Associate Professor of Management Gary Gaukler, pointed to the Inland Empire’s three major assets for robust logistics: the region’s proximity to the ports of Los Angeles and Long Beach, its proximity to large population centers for regional distribution, and the availability of relatively inexpensive real estate for building distribution and fulfillment centers.

Professor Gaukler viewed the strength of the dollar and decreasing oil prices as “major driving factors” affecting the logistics sector in the Inland Empire. “The decrease in oil price makes transportation cheaper. We will see this in the short term in more production being off-shored to South/East Asia, as well as South and Middle America,” observed Gaukler. “In the balance,” he said, “this means more imports of consumer products coming through the Ports of Los Angeles and Long Beach, and hence into the IE. By the same token, the strong value of the dollar also makes imports cheaper, thus doubling this effect.”

Gaukler says that e-commerce and the trend towards omni-channel fulfillment will be the major driver for growth in the Inland Empire. Omni-channel is the effort by brick and mortar retailers to better integrate their stores and e-commerce channels. For example, a retailer might support a buy online, pick-up at store framework; or an order online, deliver to home from a store model. There are also several other possible paths to fulfill such orders. Gaukler pointed out that this requires very complex alignment of different sales channels and fulfillment modes. Retailers using omni-channel fulfillment strategies fulfill customer orders using integrated inventory across their distribution centers and retail stores.

Across the United States, e-commerce continues to grow compared to brick-and-mortar retail sales. In recent years, retail giants Macy’s and Amazon.com have established fulfillment centers in the Inland Empire to capitalize on the Southern California market. “E-commerce fulfillment centers need a large footprint because of the complex fulfillment activities taking place there. us the growth of online retailing drives huge demand for warehouse and logistics capacity to enable quick fulfillment,” said Gaulker, so, “as delivery requirements become more demanding, for example, next-day delivery, shipments by air through ONT airport will likely play an important role.”

The growth of the logistics sector is having a substantial and positive economic impact on the Inland Empire. Last year marked the third year in a row the region added approximately 50,000 jobs. According to the Los Angeles Times, the logistics industry in the region experienced faster job growth in the recovery than any other sector and was responsible for a quarter of all new jobs in 2012 and roughly one-fifth in both 2013 and 2014. According to the California Economic Development Department, jobs in goods transportation and warehousing in the Inland Empire grew by 5%, or 3,500 jobs, from July 2013 to July 2014. Growth in the logistics industry has also had spillover effects for other sectors. The need for new warehouses was one factor that helped drive the resurgence of the Inland Empire construction sector.

The logistics sector has especially bolstered the economy of San Bernardino County, where transportation and warehouse jobs have increased more than 18% from 2012 to 2014, according to data from Mary Jane Olhasso, Assistant Executive Officer for San Bernardino County, cited by the New York Times. To put those figures in perspective, consider that transportation and warehouse jobs grew 4.4% nationally over the same time period. 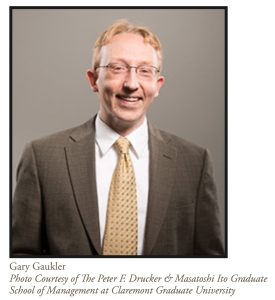 The warehousing industry, one part of the logistics sector, is booming in the Inland Empire as a result of growth in cargo volume. According to the Los Angeles Times, industrial vacancy rates in the Inland Empire have fallen to 4.5% from a high of 12.8% during the recession. Expected demand for warehouse space is driving more construction as well, in December 2014, 16.9 million square feet of industrial space was under construction in the region, representing 80% of the total in Southern California. During the summer of 2015, there was more than 4 million square feet of industrial warehouse space under construction along freeway corridors in Redlands and San Bernardino by firms including Hillwood Investment Properties, Perot Co., and McShane Construction.

The Inland Empire is particularly cost-effective for warehousing because of low-cost land. Prices paid for property in the Inland Empire can be 15 cents less per square foot than the Los Angeles, Orange and San Diego markets, according to the Inland Empire Economic Partnership. A recent study by the firm The Boyd Co. Inc., a corporate site selection consultancy, looked at operating, labor, real estate, construction, taxes, utilities, and shipping costs and found that the San Bernardino-Ontario-Riverside area is among the most logistics-friendly regions in California. Flat land allows for the easy construction of multi- million square foot facilities. Proximity to the Ports of Los Angeles and Long Beach also help keep transport costs from container to warehouse low. With ample, affordable land and proximity to ports, the Inland Empire has in recent years experienced a real estate boom for mammoth warehouses, leased by giants such as Amazon. com, Home Depot, and Nordstrom.

Many other large companies are moving or expanding their logistics operations in the Inland Empire. QVC will open its first West Coast distribution center in the summer of 2016 in Ontario. “Throughout our site search, we considered a number of factors including location, size, proximity to transportation, and a qualified labor force,” said Rob Muller, QVC Senior Vice President of Customer and Business Services at a groundbreaking for the project. “When we ranked everything, Ontario was by far the best,” said Muller. The facility is expected to employ 1,000 workers by 2020.

Amazon.com opened its sixth California fulfillment center in Rialto in December 2015, adding to existing Inland Empire facilities located in San Bernardino, Redlands, and Moreno Valley. Amazon uses the 880,000 square foot Rialto facility to fulfill large-item orders, including appliances and televisions. In fall 2015, Walmart opened a 1.2 million square foot fulfillment facility in Chino that brought more than 200 new jobs to the region. In an interview with the San Bernardino Sun, Chino community development director Nick Liguori expressed hope that the Walmart facility would spur further commercial development. “It’s a growing community,” said Liguori, “We hope it will spur some additional commercial development and demand for service in that area.”

Growth in logistics and distribution-based businesses are vital both to the continued economic growth of the Inland Empire and to the success of Ontario International Airport. As John Andrews noted, “During the downturn in passenger traffic volume at ONT, supply chain businesses saw significant growth. In Ontario’s case this includes the expansion at UPS and the recent announcement of a new QVC office/ distribution hub in the City, which is being developed now. Companies like QVC choose Ontario because of the adjacency of their facilities to UPS and FedEx shipping hubs at ONT.”