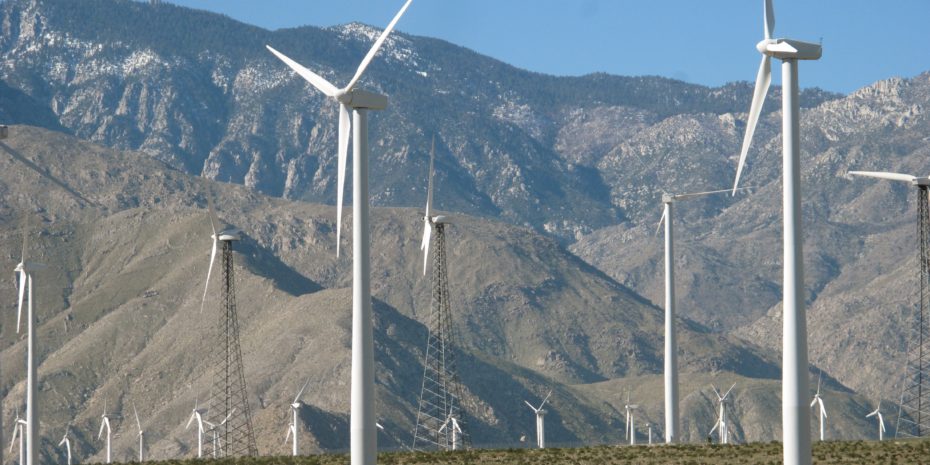 By Elizabeth A. Johnson ’11

On April 12, 2011 Governor Jerry Brown signed into law a mandate that one-third of electricity in California must come from renewable sources by 2020. California had previously required investor-owned utilities to generate 20 percent of their electricity from clean sources by 2010, with a three year grace period. The new law raises the requirement to 33 percent and will also apply to municipal utilities, which manage about a quarter of the state’s electricity load. In the coming years the Inland Empire should emerge as a key player in California’s push toward meeting this mandate due to the region’s abundant available land, sun, and high wind.

California currently lags behind other western states in its quest to expand production of green energy. There are four primary impediments to its growth: aesthetics, environmental concerns, huge acreage requirements, and cost. Even many people who support renewable energy object to the sight of power lines or wind farms in their own neighborhoods. This issue came up recently in Chino Hills, where Southern California Edison is constructing power lines and poles as close as 75 feet to some homes to bring wind-generated energy from Kern County to the Los Angeles area. Residents are rallying against Edison concerned that the project will lower property values, destroy trees and land, and risk toppling towers onto homes. Edison counters that the new power lines are necessary because existing power lines are at full capacity. Continued construction of green energy will not make sense without sufficient infrastructure to transmit power from the generation site to the place where people use it.

In addition to aesthetics, many people are concerned about the environmental costs of green energy projects. One of the first large-scale solar projects in the Inland Empire is the Ivanpah Solar Electric Generating Facility, currently under construction in northern San Bernardino County. The project, owned and designed by BrightSource Energy Company with the help of a $1.375 billion dollar loan from the United States Department of Energy, was recently approved after years of debate over its environmental impact. A key issue was the project’s impact on the desert tortoise.

The desert tortoise was considered “threatened” for several decades before this project began. It is prone to various diseases, vulnerable to many predators, and also has very specific habitat requirements. Moreover, the desert tortoise has not withstood past attempts to alter its habitat. As part of the expansion of Fort Irwin military base in the Mojave Desert, the Army was required to relocate the desert tortoise to unoccupied lands. But the $8.7 million effort to relocate over 760 tortoises proved unsuccessful. Many tortoises died quickly from attacks by new predators like the coyote, increased spread of disease likely due to the tortoises’ close proximity to each other during transport, as well as injuries inflicted by humans and cars.

Flash forward to the BrightSource solar project. Conservationists are extremely worried about the desert tortoise’s continued survival. A pre-construction study of the area found only 16 tortoises in a 5.6-square-mile area surveyed. Yet when construction actually began in late 2010, biologists hired by BrightSource found 23 tortoises in the first 2 square-mile area to be developed, with an additional 18 found very near the project area. While the company has taken pains not to reproduce the overcrowding and potential disease spreading transport methods utilized by Fort Irwin, a number of tortoises have already died. This spring another tortoise round up and relocation will begin and conservationists anxiously await the results. 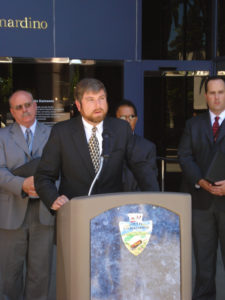 San Bernardino County Supervisor Brad Mitzelfelt was initially opposed to BrightSource’s construction plan for a number of reasons, including the impact on the desert tortoise. In a phone interview, Supervisor Mitzelfelt expressed his view that “[we] need to adopt a more aggressive conservation plan, not just to stop decline, but to recover the species.” The California Energy Commission compelled BrightSource to purchase 8,000 acres of desert habitat to be set aside permanently for conservation to offset the 4,000 acres used for the Ivanpah facility. Mitzelfelt cited this as a positive start towards conservation, but also pointed out the purchase of this much land for a single project raises other concerns.

BrightSource purchased a total of 12,000 acres in San Bernardino County to house both the solar facility and the required conservation area. It now owns ten percent of the undeveloped land in the county. Supervisor Mitzelfelt points out that the scale of this habitat offset requirement will not be sustainable given the high number of potential new projects in the area. He cautions, “We’ll see more projects go to Arizona and Nevada” if we continue to require such large offsets. Mitzelfelt says there is already an uneven playing field among the western states, as states such as Nevada require much lower offsets for the desert tortoise. Because it is easier to do business in the other states, “[San Bernardino] County is in danger…of losing opportunities.”

Another problem is that much of the land eyed for solar or wind power projects is owned by multiple entities. The federal government owns much of the desert land in San Bernardino County and Native American tribes also lay claim to some potential sites. In February, Native American protection groups sued the Bureau of Land Management over plans to construct green energy projects, including a solar project planned in Blythe (Riverside County). The lawsuit claims that the land is culturally significant to tribes in several Western Deserts. The 7,000-acre Blythe project has been moved several times in an attempt to address tribal concerns, but construction is now underway despite the ongoing lawsuit.

Finally, the fact that these developments will increase costs for consumers is also an issue. In promulgating the new renewable energy standard, Governor Brown stated a goal of developing 20,000 megawatts of green power from new sources; he believes this will help create hundreds of thousands of new jobs. But the construction cost of enough new renewable energy sources to reach this goal will require much higher utility rates for consumers. According to an analysis done by California’s Public Utilities Commission, utility rates could increase by as much as 14.5 percent in order to reach Brown’s goal by 2020.

A look to California’s northern neighbor is instructive: the largest wind farm in the United States is currently under construction in the Columbia River Gorge in Oregon. The building costs are estimated to be $1.9 billion, much of which is subsidized by the federal government. The Energy Department provided a $1.06 billion federal loan guarantee so that the owners, General Electric Co. and Caithness Development LLC, could find lenders to finance the project. The U.S. Treasury will provide a $490 million cash grant once the wind farm is operating. In contrast, a natural gas plant of comparable size would cost less than half, about $865 million, and would not need government support.

The potential increase in costs for consumers also makes construction of new renewable energy projects more difficult for developers. Because of the pressure on companies to plan for consumer costs upfront, “a change in the [cost] margin doesn’t have to be too much to make a project not feasible,” says Fred Bell, COO of Noble Enterprises in Palm Desert. Initial costs are going to continue to be problematic for companies trying to develop green projects in California. “It’s getting more expensive to make anything in California,” says Bell, “if we really want green power…[we] must get involved in the key metrics to make it more viable than it is now.”

Despite an increased focus on creating more renewable power, energy from green sources still accounts for just 8 percent of the country’s power, while petroleum makes up 37 percent. If California wants to reduce its dependence on foreign petroleum then it will have to make major changes in its renewable energy plan.

With the recent enactment of the renewable energy standard, the discussion of increasing renewable power has now become a reality. The Inland Empire will likely soon become the region of focus as California strives to lead the country in renewable energy use. 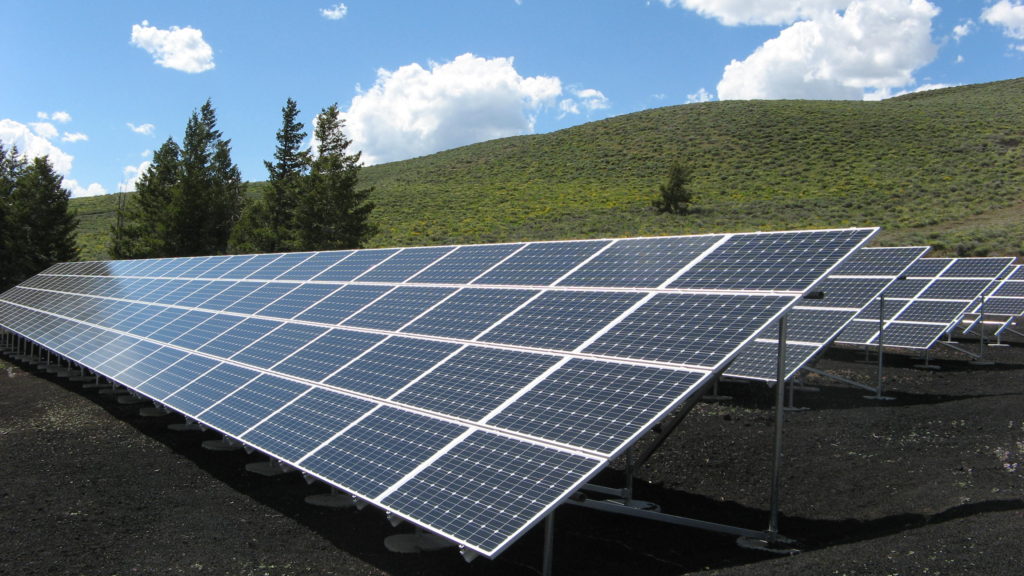