Katherine is from San Antonio, Texas, studying Government and Economics with a Public Policy Sequence. On campus, she is involved in Claremont Women in Business and CMC Survivor, which one can find airing on YouTube this fall. From a young age, Katherine has been invested in the local politics of her hometown, attending meetings with many civic leaders to gain perspective on the inner workings of local politics. Her goals for this semester are to win CMC Survivor, finish re-watching the West Wing, and learn everything about California politics she can. David hails from Whittier, California, and he intends to major in Government. In high school, David pursued his love for government by interning for Congresswoman Linda Sanchez and Assembly Majority Leader Ian Calderon. At the Rose, David hopes to research education policy and fiscal analysis. His passion for education has been shaped by his time teaching code to elementary students, mentoring at-risk high school students, and organizing ‘Operation College’ to support underrepresented minorities through college applications. At CMC, David enjoys early morning workouts at Roberts and the warm cookies at Collins. 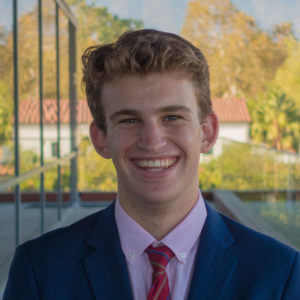