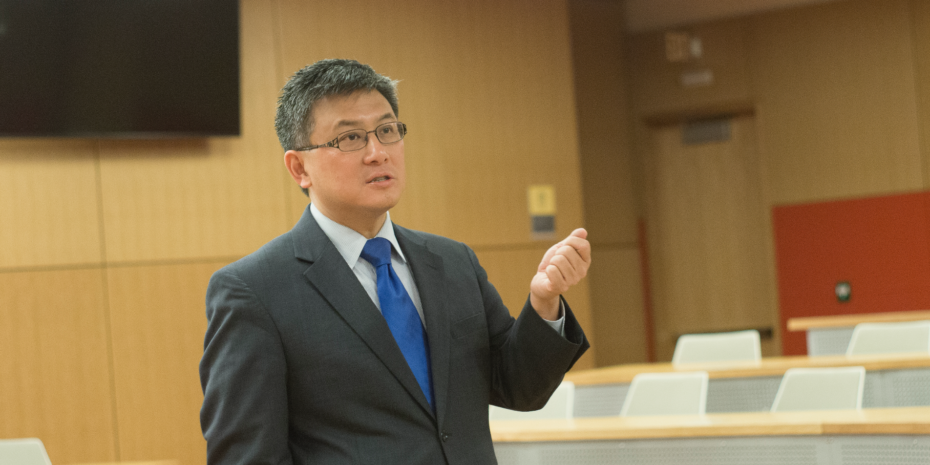 California Treasurer John Chiang spoke with assembled students and faculty in a luncheon discussion, jointly hosted by the Rose Institute of State and Local Government and the Kravis Leadership Institute, on April 23, 2016. Mr. Chiang was the California State Controller from 2007 to 2015 and a member of the California Board of Equalization from 1997 to 2007.

Mr. Chiang spoke about his role as State Treasurer, highlighting his duties investing short term state funds, chairing state economic development boards, and working for lower prices for consumers. Mr. Chiang emphasized rebuilding the economic ladder and lifting up impoverished and underserved communities in the state. In order to better serve these communities and populations, Mr. Chiang underlined his push for more diversity on public boards, arguing they should more accurately reflect their constituents.

Mr. Chiang also discussed California’s housing collapse during the financial crisis of the late 2000s. He noted that despite the fact that recovery has been strong, median house prices in the state remain below their peak. Mr. Chiang cited this disparity as a reason for continuing economic frustrations of the lower and middle income people, pointing out that recovery has not reached all parts of the economy.

In closing, Mr. Chiang advocated a government that invests in what he called “the building blocks of economics:” education, affordable housing, and health. He noted that when children are given similar opportunities, they achieve at similar levels, and used this as evidence to stress the importance of equal opportunity programs.