The Rose Institute is proud to welcome the 2013-2014 class of new hires. We look forward to a brilliant year of developments in undergraduate research and discoveries in state and local government research. 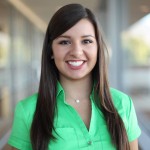 Tamara Skinner is a freshman at CMC from Phoenix, Arizona, interested in majoring in Philosophy, Politics, and Economics (PPE) or in government. She graduated from Scottsdale Christian Academy where she was involved with student government, the National Honor Society, and was a member of the varsity volleyball team. Tamara’s passion for politics led to her participate in the Junior Statesmen of America, where she debated and discussed current events with other high schoolers from around the country. She was the founder and president of the Junior Statesmen chapter at her high school. Tamara has worked on local campaigns and enjoys participating in community service. At the Rose, she hopes to work on projects dealing with policy analysis and demographic research. After graduating from Claremont McKenna College, she plans to study law. Audrey Breitwieser is a sophomore from Orinda, California and is majoring in economics. At CMC, she has worked for Professor Helland and the Lowe Institute researching the financial holdings of federal judges. Last summer, she worked for Berkeley City Councilmember Kriss Worthington, where she planned events, wrote council items, and developed a new website for Mr. Worthington. Audrey plans to explore many different projects as a research assistant at the Rose Institute. When she is not in class or working hard at the Rose, she can be found at Ducey Gym playing for the CMS Athenas volleyball team or in her room reading Harry Potter. Ben Fusek is a freshman hailing from Eugene, Oregon. Ben’s interest in government and public policy grew significantly after serving as president of his high school, as well as after his attendance of Oregon Boys State, a non-partisan hands-on governmental simulation program. At CMC, Ben is a member of SOURCE, a student-run nonprofit consulting organization, and is an intended Philosophy, Politics, and Economics (PPE) major. At the Rose Institute, Ben is looking forward to getting involved in a number of different areas, including fiscal analysis, web development, and the Inland Empire Center. Tim Plummer is a hopeful Philosophy, Politics, and Economics major who hails from Upland, California. Following CMC, he hopes to work as a diplomat in either Southeast Asia or the Middle East. While at the Rose Institute, he hopes to get involved in projects that focus on demographic analysis and changing voting patterns. When Tim isn’t studying or working at the Rose, he enjoys spending his free time reading books on foreign policy, making delicious food, meeting new people, and hiking the hills surrounding Claremont.

Tyler Finn is a freshman from Atherton, CA intending to major in Politics, Philosophy, and Economics. At the Rose Institute, Tyler plans on focusing on ballot initiatives and public education, as well as the new hire project: the California Almanac. After college, Tyler plans on attending law school or working in Washington D.C. In his spare time, he enjoys playing tennis, squash and golf, spending time outdoors, and bickering with friends about politics. Francesca Hidalgo-Wohlleben is a freshman from Cedar Rapids, Iowa, intending to major in Philosophy, Politics, and Economics . She plans on attending law school after graduating from CMC. In addition to her work at the Rose Institute, Francesca writes for The Forum, volunteers at the Center for Human Rights, and is a mentor as part of Uncommon Good. Francesca has a love for ice cream, books, and kickboxing. Charlotte Bailey is a sophomore from Orangevale, California majoring in government. This summer, she worked for Women’s Empowerment, a non-profit in Sacramento that aims to end the cycle of homelessness through self-esteem development and job-readiness training. During her time at the Rose Institute, Charlotte hopes to work on projects dealing with public policy and legal analysis. Charlotte is executive secretary of ASCMC, and a consultant for SOURCE, CMC’s student-run non-profit consulting organization. She also plays for the CMS Athenas soccer team. When not playing soccer or at the Rose Institute, you can find her at the Hub eating delicious turkey and avocado paninis. Hannah Oh is a sophomore from San Diego, California majoring in Government and Legal Studies. As a research assistant, she compiles data on county and city officials, budgets, and demographics for the California Almanac. She hopes to expand upon her legal research skills while at the Rose Institute, and plans to attend law school after graduation. In her free time, she enjoys trying new foods and restaurants, and traveling to new places. Her goal is to visit the Seven Wonders of the World by the end of her time in college.

← Colton Crossing: A Model for Public-Private Partnerships
Inland Empire Forecast Conference in Ontario is a Success →