The population of Riverside County grew from 1,545,387 in 2000 to 2,189,641 in 2010. Communities along the I-15 from Corona to Lake Elsinore have experienced rapid growth. The area from the 60 Freeway south to Murrieta has also seen big increases.

For updates to these stories and other Inland Empire news, please visit www.inlandempirecenter.org. 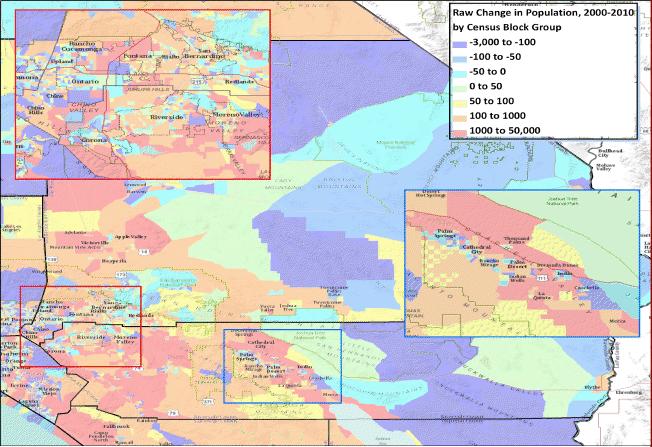