This year, we selected eight sophomores and five first-years out of a strong pool of applicants from the five colleges. It was an interesting challenge for the Rose Institute student managers and senior staff but we believe we found good students to add to our already impressive group of research assistants. Congratulations to the lucky 13, and welcome to the Rose Institute! 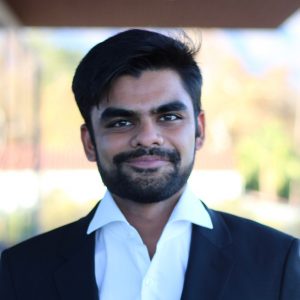 Nikhil Agarwal is a sophomore at CMC hoping to major in Government with a Data Science Sequence and is incredibly excited to be a part of the Rose Institute! As an international student who has never lived in the US before, he hopes to learn about, not only the everyday political issues that dominate state and local politics in California, but also the founding philosophy of the country that has shaped the Constitution and the American political system as a whole. Nikhil is very passionate about sports, and on weekends you can find him playing tennis, working out in the gym, or awake at 5 am watching Formula 1 races or Premier League matches (sometimes both at the same time!) 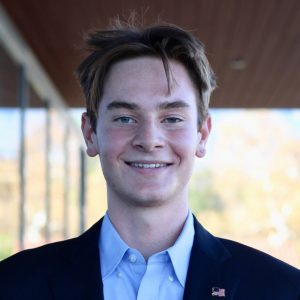 George is proud to call Takoma Park, Maryland home, and has yet to declare a major at CMC. Before working at the Rose, he pursued his passion for local government as the Chair of the Takoma Park Youth City Council and as a Communications Assistant for Takoma Park mayor Kate Stewart. He has volunteered and organized on campaigns including that of Senator Gary Peters and President Joe Biden in Michigan, and interned with the Executive Department at FairVote, an electoral reform advocacy organization. He currently serves as a Collegiate Director of Policy at GENup, advocating for pro-student education reform at the state and national level. In his spare time, George loves arguing about tax policy, backpacking, skiing, and otherwise enjoying the outdoors. 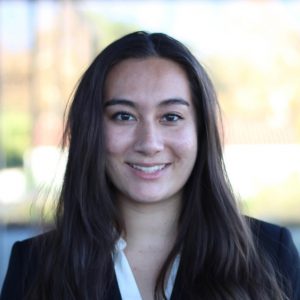 Liann is from Castro Valley, California, and is dual-majoring in Government and Data Science. Her interest in state and local government arose from her experiences with journalism and Mock Trial in high school. At CMC, Liann is a member of the Mock Trial Team and the Claremont Consulting Group, as well as a Handley Leadership Fellow for women in leadership development. In her free time, Liann enjoys reading, writing, and experimenting with gardening. 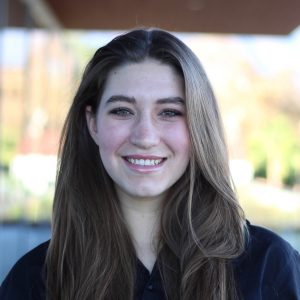 Helen is from Helena, Montana (no relation) and is majoring in the 3-2 program; economics and electrical engineering. Helen’s interest in state and local politics started in high school when she paged at the Montan State Senate. The political issues she is most interested in are energy policy, sustainable local infrastructure development, and tribal politics on Montana’s seven reservations. The past year, Hele researched Montana politics and did an internship focused on the global supply chain of semiconductors in Ontario, California. Outside of the Rose, Helen sits on the ASCMC Academic Affairs Committee, and in her free time, you can find her exploring the outdoors, dancing, waiting for ski season, or working on her physics homework. 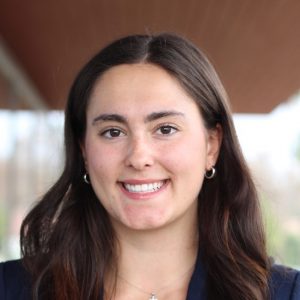 Audrey Donahue, from Seattle, WA, is dual majoring in Neuroscience and Public Policy at CMC.  Audrey joined the Rose Institute in the Fall of 2021.  During the academic ’20-’21 school year, Audrey took a gap year and worked at Amazon in Seattle in a recruiting role for Human Resources. While living in Seattle, she became interested in local political issues surrounding people experiencing homelessness. She is passionate to continue learning about these issues while working at the Rose. In high school, she developed an interest in state and local government by participating in several non-profit organizations and served as a Global Scholar for Water 1st International. Outside of the Rose, Audrey plays on the CMS lacrosse team, loves to ski, and cook.  She spent 4 years in high school working at a cooking school.” 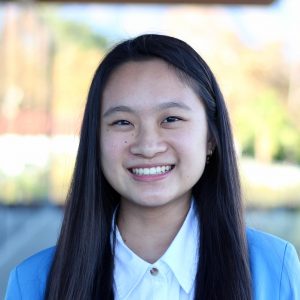 Grace is from Arcadia, California, and is a government major with a legal studies sequence. Her interest in government started after competing on the “We the People: The Citizen and the Constitution” team in high school and recognizing the importance of civic participation. On-campus, Grace is a part of APAM, CARE, Class Cabinet, and the Debate Union. In her free time, she enjoys playing tennis, painting, attempting iPhone photography, and obsessing over cute cats. 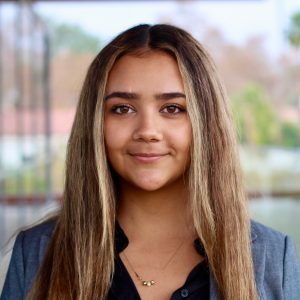 Katherine Jackson is from Oakland, California. She is majoring in Government at Claremont McKenna College. Katherine’s interest in government stems from several courses she took on government and politics and participation in political clubs in high school, including Junior State of America, IGNITE, and Bay Area Student Activists. Katherine also attended the Close Up program. Her passion for politics grew even more while interning at Congressman Eric Swalwell’s District Office. Katherine enjoys long walks, photography, time with her family, and playing with her two dogs. 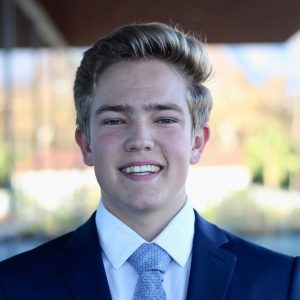 Ryan is from Mission Viejo, California, and is majoring in Public Policy. He developed an interest in state and local government through his work on housing and homelessness policy in Orange County. At the Rose, Ryan is excited to continue analyzing issues facing Californians and the policies designed to address them. In his free time, Ryan enjoys surfing, rock climbing, astrophotography, and a good road trip with friends. 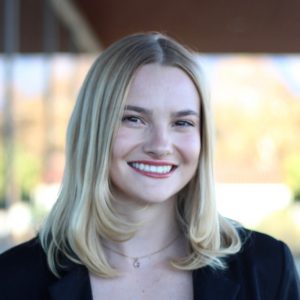 Catherine, from Pleasanton, California, is a sophomore pursuing a Bachelor’s degree in Government and International Relations.  Her passion for politics and government stemmed from her dad always listening to National Public Radio and reading the Economist. She became interested in state politics after researching California’s primary elections with CMC Professor Andrew Sinclair. At the Rose, Catherine is excited to continue working on primary elections and public opinion surveys, as well as to develop quantitative analytical skills and work with outside organizations. Outside of the Rose, Catherine plays on the CMS Women’s Lacrosse team, and in her free time, she likes to go the beach, make hell-thrown pottery, and watch Marvel movies. 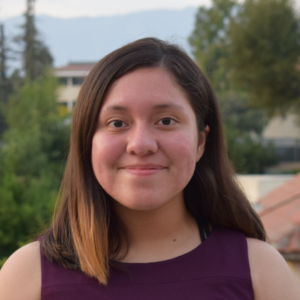 Adamaris, from South Los Angeles, is studying Public Policy and Legal Studies. On-campus she is involved with ASCMC as the presidential advisor of low-income advocacy, the Office of Admissions as student director of campus tours and visits, the Soll Center for Student Opportunity, and now the Rose. In my free time, she enjoys exploring bookstores across California, cooking, volunteering with her community’s local hospital outreach program, and running! Adamaris started running marathons in 7th grade and she is currently training for her 7th marathon. Within government, she is interested in the sectors of education, health care, and welfare. 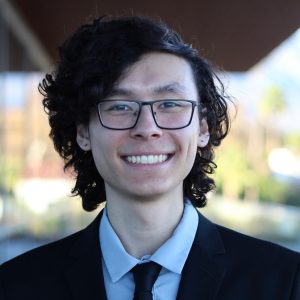 Thomas is from Mercer Island, Washington, and is majoring in Economics at Pomona College. In high school, his interest in politics and policy led him to join the student senate and to take his first economics class, which would lead him to pursue the subject further in college. While learning virtually, he served as part of the ASPC Covid-19 student advisory committee and has since enjoyed getting to know the 5C community better in person. In his spare time, he enjoys listening to hip hop, keeping up with international politics, and playing basketball. 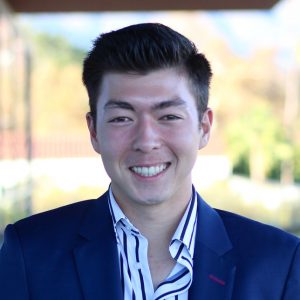 Pieter is from Hong Kong and is a Government major with a minor in Art History and a sequence in Legal Studies. At the Rose, Pieter is excited to research California’s security policies and contribute to the publication of white papers. At CMC, he has been an Arthur A. Adams Fellow in International Strategic Studies, a member of the inaugural class of the Gould Center Fellows Program, and a left-handed pitcher for the CMS baseball team. Outside of CMC, he has held positions at Fine Art Asia and Art Central. In his free time, Pieter can be found re-watching Homeland, throwing baseballs at Arce Field, or enjoying double espressos. Pieter is hoping to pursue a career in Entertainment and Art law. 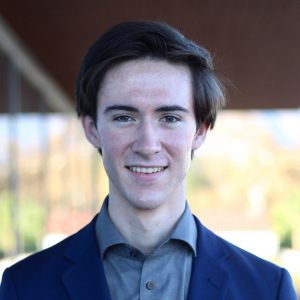 Nolan is from Los Angeles, California, pursuing a major in Philosophy, Politics, and Economics with a sequence in Computer Science. Nolan’s interest in state and local government is rooted in his passion for effective public policy and his experience in competitive speech and debate. At the Rose, Nolan is looking forward to conducting meaningful research using sophisticated data extraction & analysis techniques. Nolan is also a member of P-ai and the Debate Union. In his free time, Nolan enjoys working on a variety of creative projects.