We would like to introduce you to the newest group of students to join the Rose Institute as research assistants: 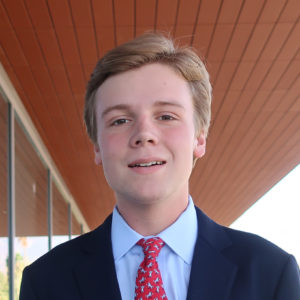 Marshall is from Darien, Connecticut and plans to major in Government and History. During high school, Marshall gained an interest in politics through the Forum discussion group and the School for Ethics and Global Leadership. At the Rose, Marshall is excited to engage in fiscal analysis and gain a deeper understanding of the relationship between local, state, and federal politics. During his free time, Marshall enjoys golfing, playing squash, and watching college football. 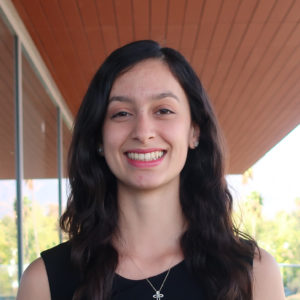 Camille is from Jurupa Valley, CA in the Inland Empire and a first-generation Government major. In high school, she served as a court interpreter in the Jurupa Unified School District’s Youth Court, was an active leader in Riverside County’s Second District Youth Advisory Council, and also served as the chair of the Youth Advisory Board on the California Association of Youth Courts.  There she developed a passion for restorative justice programs, education policy, and the juvenile justice system. During her time at the Rose, she hopes to work on research in education and criminal justice reform. In her spare time, Camille enjoys playing the guitar, singing, binging on Netflix shows, and spending time with her family and pets back at home. 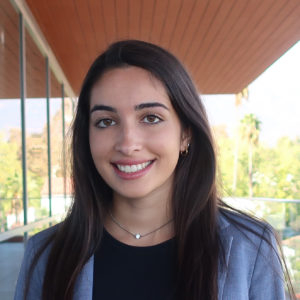 Tara is from Bellevue, Washington, and is hoping to major in Politics, Philosophy, and Economics or Government. In high school, she pursued her passion for politics and state government through interning on a state representative campaign and managing the debate department for the Pacific Northwest Junior State of America. She became specifically intrigued with constitutional law after participating in the national “We the People” competition. At Rose, she hopes to engage in federalism research and develop skills in fiscal analysis. When not in Rose’s workroom, you may find her working for SOURCE Nonprofit Consulting, sipping coffee at the hub, or baking cookies. 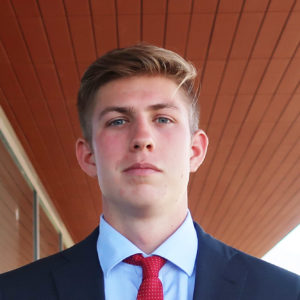 Nohl Patterson, from Concord, California is a sophomore who is pursuing a degree in International Relations and Economics with a Computer Science sequence.  His interests lie in blame attribution and public policy and have had experience working with survey data and analysis. He cannot wait to begin to apply these skills and learn from the Rose Institute. Elsewhere on campus Nohl runs track for CMS and enjoys reading and hiking. 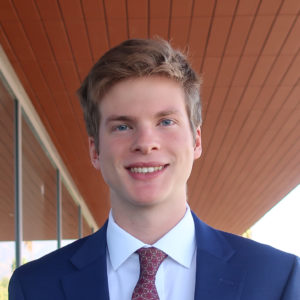 Henry Schulz is a New York City native studying Philosophy and Government. Henry has become very interested in public and affordable housing issues after he interned with his New York City Councilman this summer. At the Rose, he hopes to pursue research on affordable housing in California as well as help edit Rose publications. In addition to working at the Rose, Henry is on the Gould Center’s student advisory board. In his free time, he enjoys listening to Pod Save America, doing the New York Times Spelling Bee puzzle, and playing pick-up basketball at Roberts. 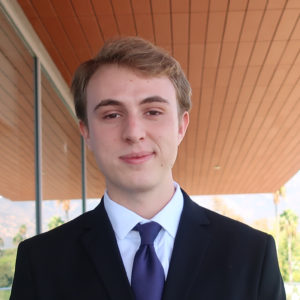 Jensen is from Santa Barbara, California and is pursuing a degree in Government and Economics.  He has worked in a variety of local government positions and found his passion for politics in his local Youth Council and volunteering on a major campaign. At the Rose, he hopes to learn about and is particularly interested in, local governments, homelessness, and the housing crisis. On-campus, he also works as a writing consultant at the Center for Writing PD. In his free time, you can catch Jensen biking, playing board games, or enjoying a good book. 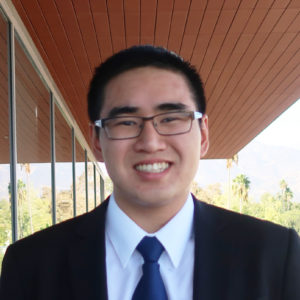 A proud resident of Tracy, California, Nathan is hoping to major in Politics and History. Nathan has always been fascinated with government, reading countless books about America’s Founders and Presidents throughout his childhood. However, this interest deepened into a passion in high school, when he started interning for City Councilwoman Rhodesia Ransom. This experience made Nathan realize that policy — good and bad, quiet and loud, municipal and national — can have huge effects on people’s daily lives. As one of the first Pomona College students to work at the Rose in a long time, Nathan looks forward to exploring these effects alongside the 5Cs’ sharpest political minds. When he’s not studying or working, Nathan likes to micromanage his hometown’s Young Democrats chapter, bike very slowly around Claremont, and cry over anything that stars Sterling K. Brown.