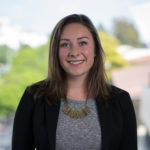 Government honors/Economics | Redmond, Washington
At the Rose, Katie worked on the County Election Questionnaire, Southern California Almanac, Kosmont, and Three Strikes Projects. Outside of the Rose, she played for the CMS lacrosse team and volunteered at local schools through the Center for Civic Engagement. Katie spent the summer of 2017 in our nation’s capital interning for the Senate Finance Committee, and looks forward to returning to Washington, D.C. Katie was the recipient of the George Blair Award for State and Local Government. 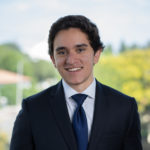 Philosophy, Politics and Economics honors | Phoenix, Arizona
In high school, Brian was involved with a variety of clubs and played for the varsity football and baseball teams. Prior to working at the Rose, he served as a fellow for the Fred Duval for Governor of Arizona campaign. Brian worked as a Summer Analyst at Aspiration Investments, a LA-based company at the intersection of finance and technology.  He spent the fall 2016 semester in Granada, Spain. 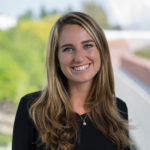 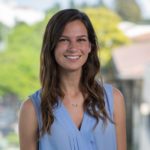 Philosophy, Politics and Economics | MAGNA CUM LAUDE | Pleasanton, California
Melissa found her love of public policy by competing on her high school competitive civics team and was thrilled to work at the Rose Institute as the Student Manager in her senior year. Particularly passionate about constitutional law and political theory,she held internships at the California Governor’s Office, Bipartisan Policy Center, Global Public Policy Institute, and the Supreme Court of the United States in the Office of the Counselor to the Chief Justice.  Melissa has been inducted into Phi Bet Kappa and is the recipient of a Fulbright Scholarship to Germany for 2018-2019. 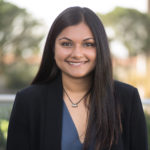 Government | Sugar Land, Texas
At the Rose, Shivani managed ArcGIS training and projects, and filled other tech needs. On campus, Shivani ran a podcast called Free Food (for Thought). In her free time, Shivani enjoyed watching her beloved Packers win, read books about World War II, and watched anything created by Joss Whedon and Aaron Sorkin. She spent the summer of 2016 as an intern for the Center for Strategic and International Studies (CSIS) in Washington, D.C. 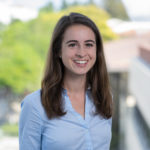 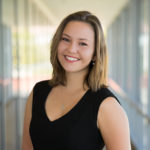 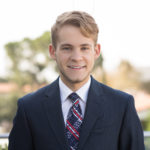