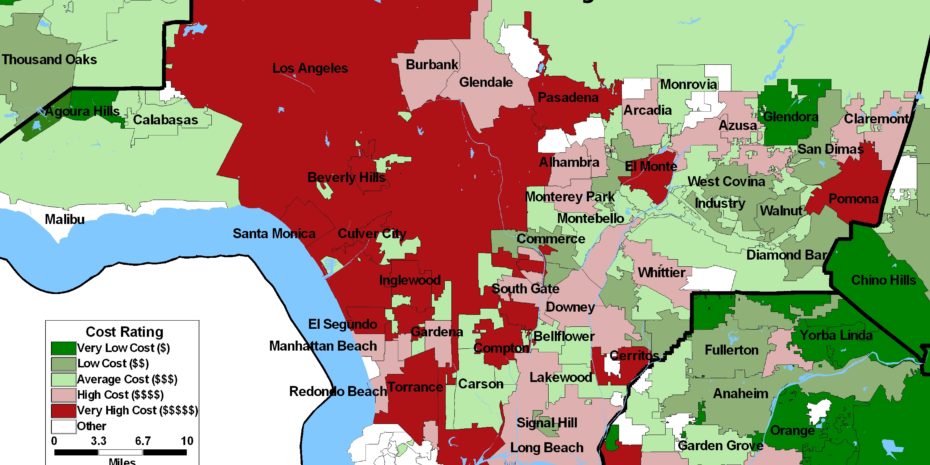 On February 7, 2014, the Rose Institute released the 19th annual Kosmont-Rose Institute Cost of Doing Business Survey. The Rose Institute, in collaboration with Los Angeles-based Kosmont Companies, gathers business fees and a variety of tax rates from 305 western cities, focusing on states where business relocation is most active. The 2013 edition of the Survey takes a close look at the cost of doing business in California as well as eight other states that many companies view as possible alternatives to California (Arizona, Colorado, Nevada, New Mexico, Oregon, Texas, Utah, and Washington). Rankings for each city are divided into one of five “Cost Ratings” groups: Very Low Cost ($), Low Cost ($$), Average Cost ($$$), High Cost ($$$$), and Very High Cost ($$$$$).

The Kosmont team would like to thank all of the students who worked diligently on data collection, marketing, blogging, data analysis, and publishing for the 2013 Survey. The 2012 new hires compiled all data, the 2013 new hires updated the city summaries and wrote sections of the executive summary, the tech team updated maps, and manager Marina Giloi and associate manager Brian Eckhardt administered the entire operation. It takes the entire Rose team to put together this comprehensive summary each year.

Highlights from the 2013 Survey
Most Expensive Cities For more information about the Rose Institute or Kosmont Companies, please visit their respective websites at roseinstitute.org and kosmont.com, or call (909) 621-8159. To purchase the Survey, please email an order form to marionette.moore@claremontmckenna.edu.