From the beginning, the Rose Institute was fortunate to have the guidance of a strong Board of Governors. Edessa Rose, Jon Lovelace, Billy Mills, and Mildred Younger were among the first members of the Board under the chairmanship of Robert Finch. Later chairs — Don Henriksen, Bob Howard, Brandy Birtcher, Al Lunsford, Darryl Wold, and presently Ray Remy — have presided over equally distinguished groups. 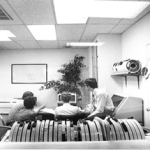 The Board of Trustees and the administration of Claremont McKenna have always given strong support to the academic freedom of the Institute and its researchers. Despite the controversial character of some research — for example, the work on redistricting reform, which was heavily opposed by various politicians, and on Orange County’s finances, which was sharply contested by County officials — the president and trustees have stood behind our work.